THE THING ABOUT THE EMERALD CITY

Short visits to foreign places can often leave a percieved impression on travellers that may stray to a certain degree from what those places are really like. However, these short visits can sometimes be insightful to permanent residents who naturally disregard certain details of where they are from, simply because those things seem normal to them. What may be special to you may go unoticed to someone else: like the bicycle culture in Copenhagen to someone from Orlando, or the grand new-age architecture and car-oriented built-form in Dubai to someone from Bordeaux.

The following text outlines the city elements that embody the character of downtown Seattle (WA) to a short-term traveller:

What stands out the most in Seattle are the little things. Seattle is a great city for its investment in all sorts of urban pockets – interesting car parks, miniature squares, miniature parks, resting spaces -, in public art, in informative signage, in facade and street materials, in facade details, in crosswalk and bike path clarity, in restaurant/cafe/bar density (even hidden and facing the back alleys like Bathtub Gin & Co), in street decor, and what it’s most famous for – trees and other greenery. 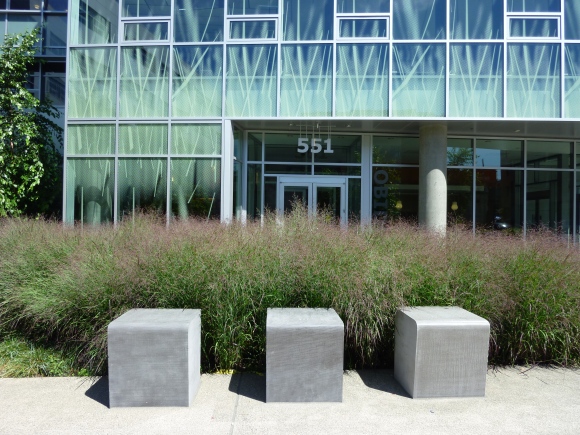 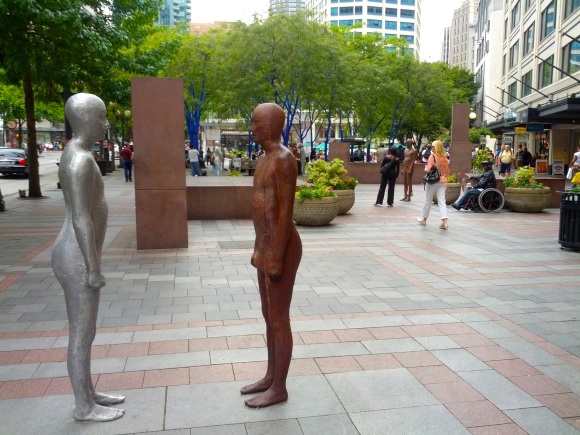 There may be a Starbucks on every corner (and if not, on every block), but that doesn’t seem to change the fact that independent restaurants, cafes and bars have the upper hand in downtown Seattle. There is a culture of visiting cool and unique places, and they make for a cool and unique sense of place. Having so many different and unique shops makes a street so much more unpredictable, vibrant, interesting, and desirable. It’s always about – let’s go to THE Unicorn. Let’s go to THE Poquitos. Let’s go to THE only place that can make you and your belly feel that way. Seattle most certainly does not allow people to feel like they have to settle for a Starbucks to ensure a decent cup of coffee, a Molly Blooms for a decent beer, or a Jack Astor’s for a decent dinner. 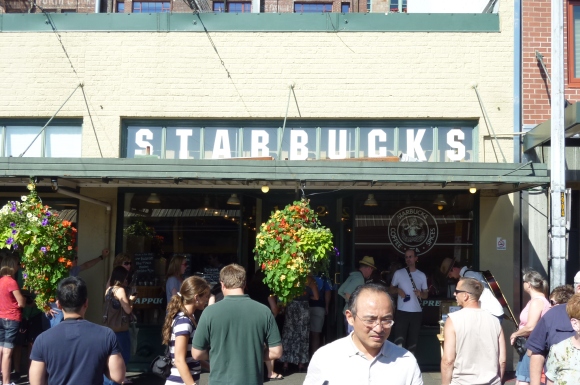 Seattle is nestled between mountain ranges and is overall extremely hilly and full of sharply sloped streets. So sloped in fact that if a car’s brakes stop functioning or if a child accidentally runs into the middle of the street, a collision of some sort is bound to occur. Due to the geography of the land that the tightly knit street network grid is placed upon, there is very little reaction time to avoid collisions.

This is why, even after a long red light and no cars, people do not jay-walk in Seattle and most drivers do not speed. This city must have some of the most patient, respectful and educated travellers anyone has ever witnessed. No one seems to be in a rush. It is no wonder their dangerous-seeming intersections still exist – it is because people know how to use them (not that I am crazy about roundabouts or anything, but take that roundabout complainers!!). 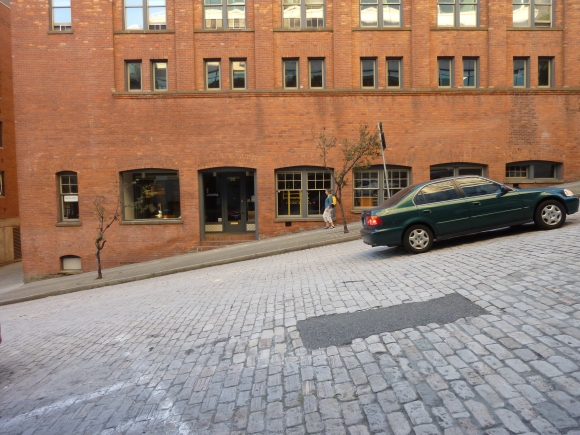 Space is very well used within the downtown urban core. No nooks or spaces go wasted, and are always used up by something to make a space or a journey more enjoyable or interesting. One of the most impressive aspects of Seattle’s public realm is how many urban pockets there are, and how many of them are used to illuminate the streetscape with a node, a feature, or an activity. These pockets bring the streetscape to a pedestrian level, add character, and make it easier to get around by using cognitive mapping – “meet me by the popsicle sculpture…”. 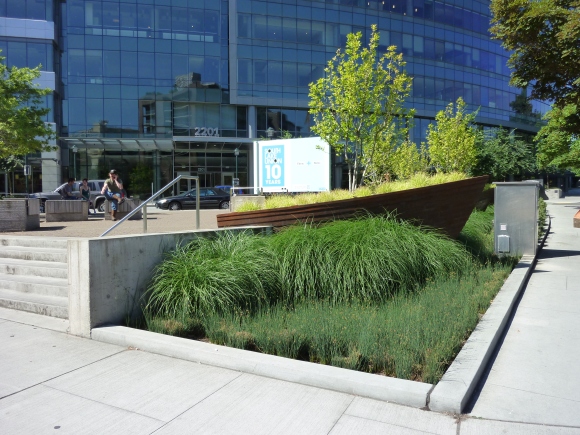 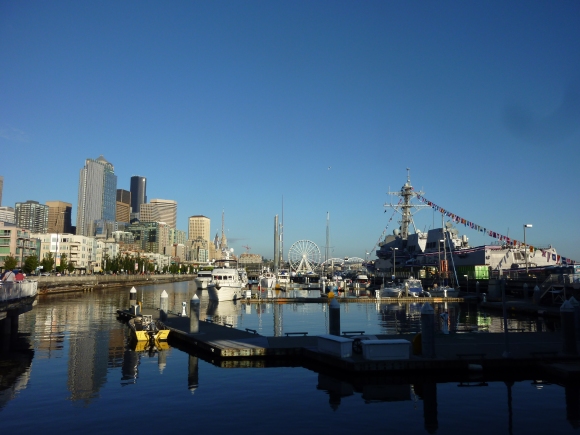 Yes, punks. They stand out. And not just any punks – Seattle punks. They have this thing about them that makes them distinctive. A distinctive grunge/streetkid culture. Sometimes it’s as if they are always the same group of them because they all kind of look the same and act the same and do the same things (all-black clothing, usually involving chains, tattoos, funky hair cuts and hair colors, smokey makeup, and random piercings, usually hanging out with 2 or more people and one or more dog, usually smoking, and can usually be seen like this hanging out in parks and public squares). But then again, this is just a generalization and an outsider impression from someone who was slightly intimidated! It had to be mentioned because it really does add to the character of the city.

PS: To any Grey’s Anatomy fans, no, Seattle isn’t what they make it look like on the show.